A report, published today by inclusion consultancy EqualEngineers, has found that one in five engineers have lost a work colleague to suicide. Over a fifth (22.5%) of engineers have considered suicide or self-harm, with men 3.5 times more likely to have said so.

These alarming statistics to come from the Masculinity in Engineering survey, which surveyed over 800 engineers in the UK.  One respondent reported that: ‘Masculinity is a prison and a prize, strictly required of men but still more heavily penalised in women.’

EqualEngineers, who work to make the engineering more inclusive, believes that these findings show the dangerous affect that the lack of inclusion and support for mental health is having in the sector.

Key findings from the survey include:

Over a third (37.2%) of engineers would describe their mental health as fair or poor, and over a fifth have had to take time off work because of it.

Both genders agree overwhelmingly that men are under pressure to behave in certain ways, and that society’s expectations of men can be unrealistic.

“Engineering is a traditionally male, white dominated sector. It can be very lonely, if you feel even a little bit ‘different’ to the supposed ‘norm’.”

“The Masculinity in Engineering Report shows that inclusivity in the workplace is a health and safety issue. Not being able to be open about who you are, because of attitudes and lack of diversity around you can lead to mental health issues and decreased wellbeing. We need to create a culture where men can be vulnerable, and can understand their own diversity story. We do not have this in our male-majority industry, and we need to work to bring down the psychological barriers preventing it.”

The report makes recommendations for the sector, including increased parity between the importance physical safety and good mental health, modeling flexible working at senior level and highlighting the ‘toxic’ in toxic masculinity.

‘Men must be emboldened to be able to proudly define their own masculinity, and be reconciled with the idea that masculinity in itself is not negative at all, but that it is specific traits and behaviours, associated with a toxic, hyper-competitive, macho culture that must disappear to make way for healthy, diverse and inclusive work environments for all.’

EqualEngineers believes engineering organisations, institutions and membership bodies need to work together for a concerted focus on tackling mental ill health. The content from the report will be discussed at a panel on Masculinity at the Equality in Engineering conference, taking place in London on October 4th 2019. 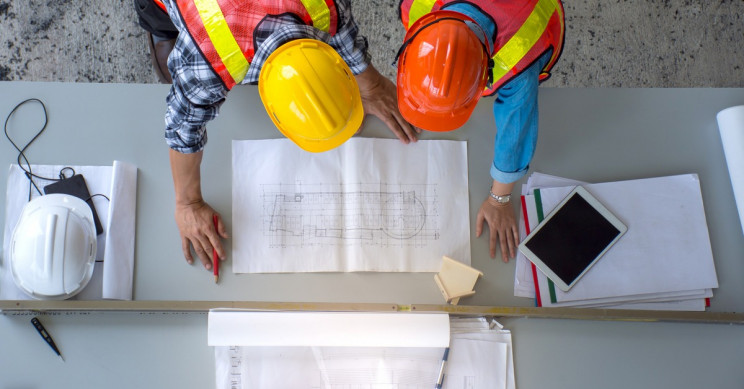 505 Posts
Maybe the training of Engineering managers and Engineers is needed:

Learn research-based strategies to help you foster mindfulness, handle stress, and guard against burnout.
Learn research-based skills to strengthen empathy and trust, improve collaboration, and create more innovative, productive, and satisfying experiences at work.
Learn why happiness at work matters and how to increase it within yourself and across your organization.

Totally agree. It's a really peculiar thing that engineering is all about considering (fairly) predictable mathematically defined systems, a large part of management is about considering highly complex people who's behaviour will often not be "logical", and yet we continue to believe that engineers can become managers with no further training. (If they are offered training it's usually in project management - which of all the management areas is the closest to engineering anyway.)

Management is as complex a profession as engineering, and we (i.e. professionals and employers) need to accept that moving into it means going back to school - for multiple reasons, this being just one of them.

The macho culture of engineering really doesn't help either. Engineers who are going to develop great things are going to make mistakes along the way. And should be encouraged to question the way "it's always been done", in a positive way. Find a stressed engineer, and you'll often find a smug manager or technical supervisor who's worked out that they can protect  their own position by putting down anyone who challenges it, who can emphasise others mistakes and stamp down on their innovation. Whilst that type of manager / supervisor tends to eventually find themselves unemployed (before or after their behaviour's brought down the company) a lot of damage can be done to junior staff in the process. "Ah yes, but they should learn to be tough": sorry, but that's rubbish - being "tough" in this sense is the opposite to being open to new ideas, and the opposite to admitting your own mistakes, which is what excellent engineering is all about.

Of course we're not alone in this, most professions have the same problem to a greater or lesser extent. But what to do about it is well known, we only have to ask. In the UK it's worth looking at the resources from the Chartered Management Institute, and for engineers moving into management look at the CMI accreditations available through the IET
https://www.managers.org.uk/
https://www.theiet.org/career/professional-registration/management-and-leadership/

And for those who are struggling, PLEASE look at making use of IET Connect. It's confidential, and can offer a wide range of support,
https://www.ietconnect.org/

366 Posts
For any IET members or their families that are facing difficulties IET Connect can help: https://www.ietconnect.org/

A great resource who provide both signposting, practical support and sometimes just the friendly ear that you may need at a particular time to know that you are not alone.

A new academic study looking at the mental health of engineering students is seeking volunteers to take part in the research.